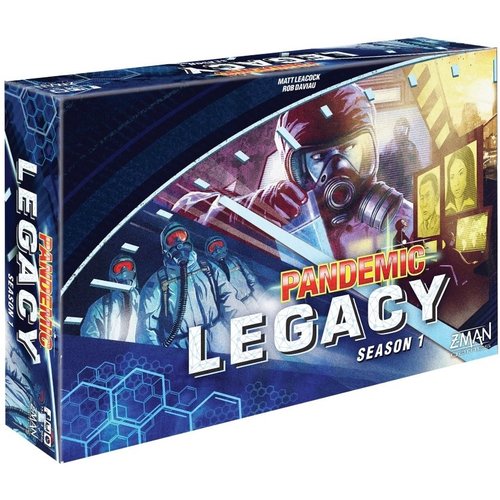 Pandemic Legacy is a co-operative campaign game, with an overarching story-arc played through 12-24 sessions, depending on how well your group does at the game. At the beginning, the game starts very similar to basic Pandemic, in which your team of disease-fighting specialists races against the clock to travel around the world, treating disease hotspots while researching cures for each of four plagues before they get out of hand.

During the campaign, new rules and components will be introduced. These will sometimes require you to permanently alter the components of the game; this includes writing on cards, ripping up cards, and placing permanent stickers on components. Your characters can gain new skills, or detrimental effects. A character can even be lost entirely, at which point it’s no longer available for play.