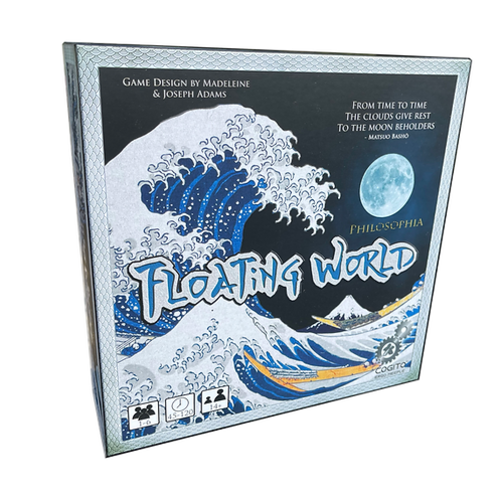 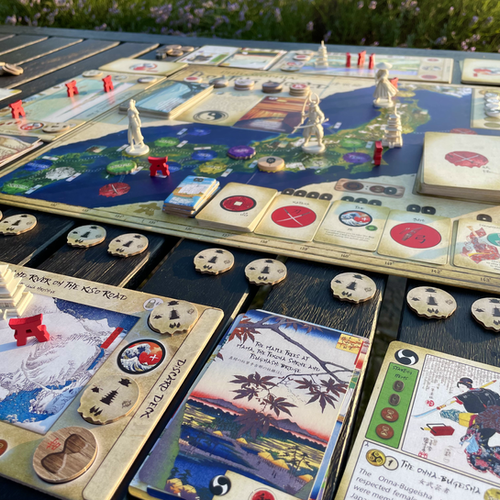 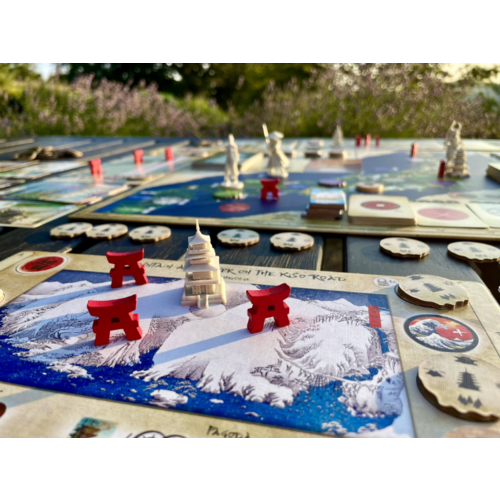 Set in feudal Japan, Philosophia: Floating World is a deck-building game which can be played either in turn-taking or fully simultaneous mode. You can build majestic pagodas and Shinto shrines, learn ancient eastern wisdom, explore the world, or fight ancient monsters — or all of the above. This is a sandbox-style game, and how you play is up to you!

In Floating World, you play as one of six unique characters from Edo Japan, each with a unique power and a mysterious secret. The game plays simultaneously over three phases that repeat until one player has gained a victory condition. All phases occur simultaneously, and they are:

Rounds continue in this way until a player gains any of the seven victory conditions available, such as collecting all four ganbaru tokens or discovering another player's secret location and achieving any two of the ganbaru tokens.

Philosophia: Floating World contains over 200 tarot-sized cards and 12 intricate miniatures and is filled with beautiful Ukiyo-e style Japanese art, all digitally remastered to regain the original vibrance of the era. Welcome to the Floating World!