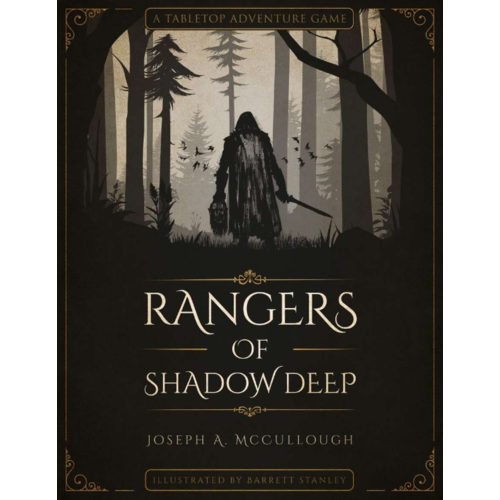 Rangers of Shadow Deep is a miniature skirmish game in which your ranger grows in power by surviving missions. Lees meer

A kingdom stands on the brink of destruction, as the vast realm called the Shadow Deep slowly swallows everything in its path. As the army fights to contain the tide of evil creatures teeming up out of the black clouds, the kingdom’s best soldiers, the rangers, must venture down into the shadows to gather information, rescue prisoners, and ambush enemy supply lines. It is a desperate fight against overwhelming odds, but every little victory brings another day of hope.

Rangers of Shadow Deep is a solo and co-operative tabletop miniatures game, in which players create their ranger, gather companions, and play through a series of missions in their fight to hold back the darkness. If their rangers survive, they will grow in power and ability, and be sent on more difficult, dangerous and intricate assignments.