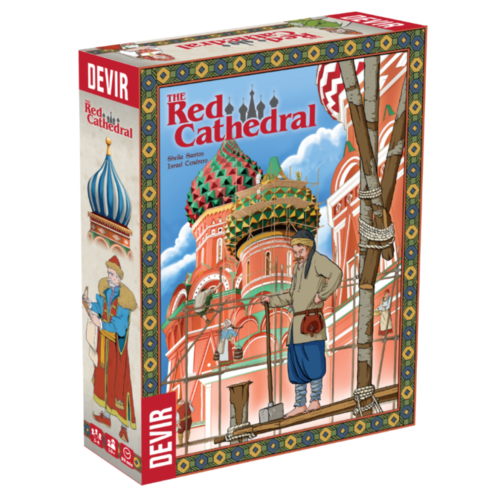 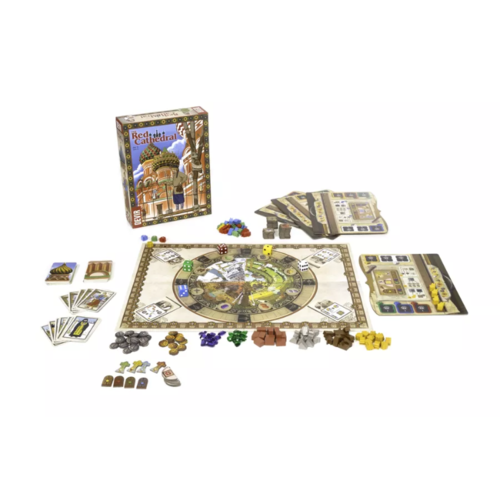 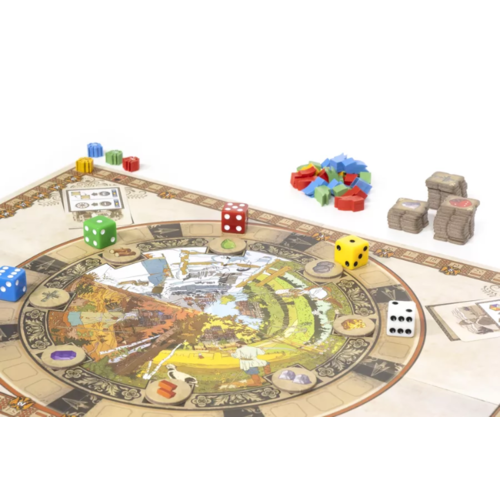 The Red Cathedral is a strategic, “Euro” board game in which the players take the roles of construction teams working on the St. Basil's cathedral in Moscow. Lees meer

The Red Cathedral is a strategic, “Euro” board game in which the players take the roles of construction teams. Their job is to work together to put up St. Basil's cathedral in Moscow, as ordered by Ivan the Terrible. However, only one of them will be able to gain the favor of the Tsar.

During the game, the players can carry out one of these three actions: assign a section of the cathedral, send resources to that section to build it, or go to the game board to achieve more resources. Each of these actions has its own mechanism and requires that the players pay close attention to what the other players are doing.

When the sections of the cathedral are assigned the players take possession of the spaces in each of the columns that make up their section. The more sections built and the completion of each with its own tower, the more points the player will be given at the end of the game.

The players can send resources to the cathedral sections that they have claimed. When they complete each of those sections they will obtain rewards in money and prestige points. They will also be able to install decorations on the completed sections to achieve even more recognition from the Tsar. This part of the game also works as a clock, since once any player completes the construction of their sixth section it brings about the end of the game.