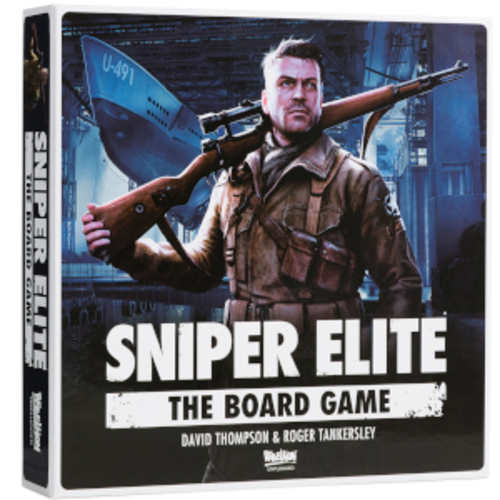 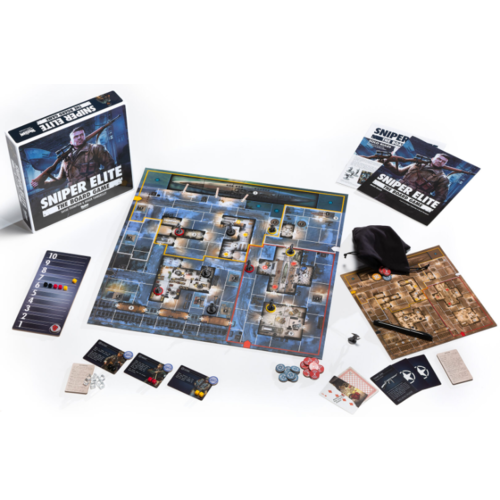 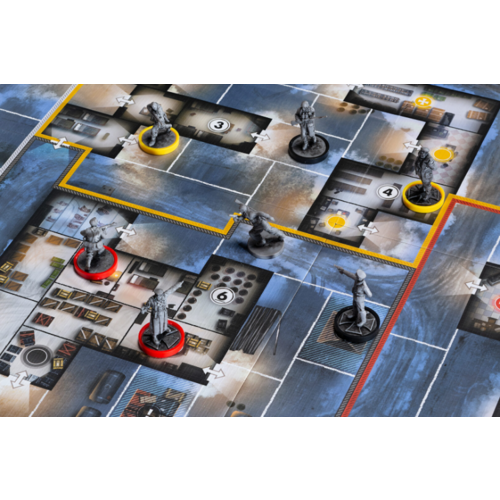 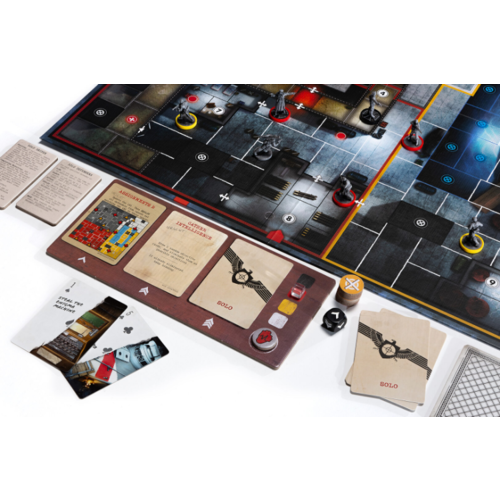 Sniper Elite: The Board Game is a 1-4 player stealth action board game of pushing your luck and predicting your enemy. Lees meer

It’s 1943 and something is moving in the darkness. Designed by David Thompson and Roger Tankersley, Sniper Elite: The Board Game is a 1-4 player stealth action board game of pushing your luck and predicting your enemy.

One player takes the role of allied sniper Karl Fairburne, while up to three others control squads of German soldiers trying to strike a balance between defending their base and hunting Karl down.

As the sniper, you will keep Karl’s location secret from the other players by tracking your movement on a secret hidden board as you stalk through the shadows towards your objectives. Outnumbered but not outgunned, you must carefully manage your timing, as every shot you take and objective you complete gives the enemy more of the information they need to narrow down your position.

The defenders will have to use a mix of tactical planning and careful insight to track the sniper’s movements and outwit their bluffs; using their miniatures to block paths, guard vulnerable areas, and move in for the kill.

The game also includes solo rules designed by Dávid Turczi and Noralie Lubbers, putting you in command of the sniper while your enemies are controlled by an AI deck. Test your wits against this formidable opponent, and see if you can can claim a priceless victory for the Allies.