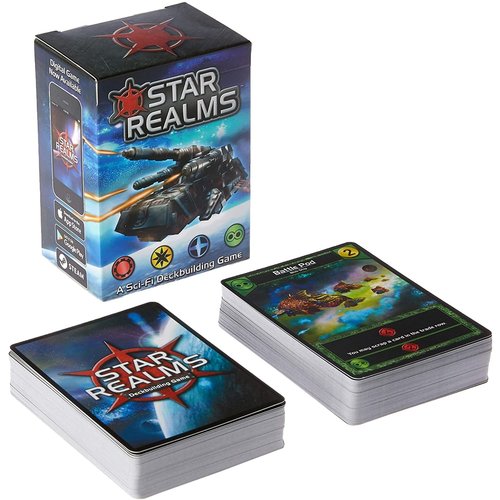 The game offers all the thrills of traditional trading card game style combat, combined with the fun of a deckbuilding game. Play powerful ships, destroy enemy bases or blast your opponent directly on your way to victory!