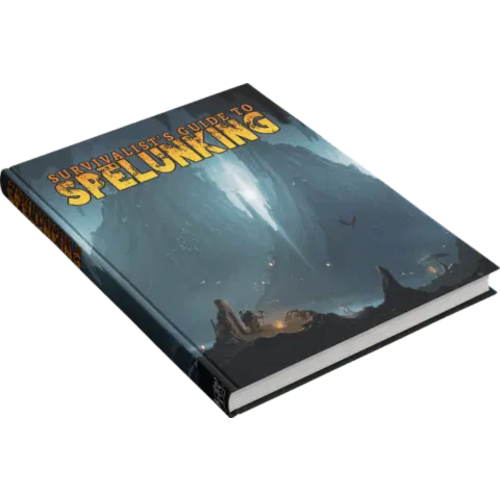 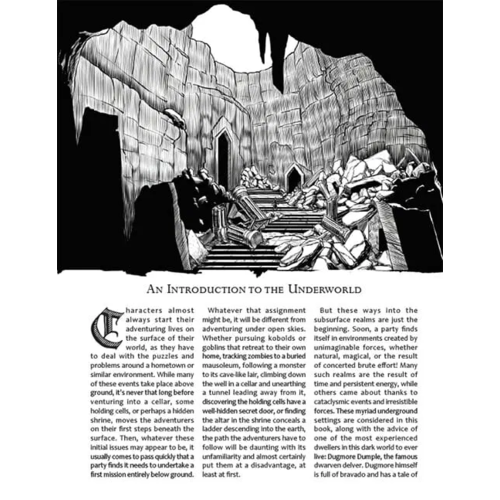 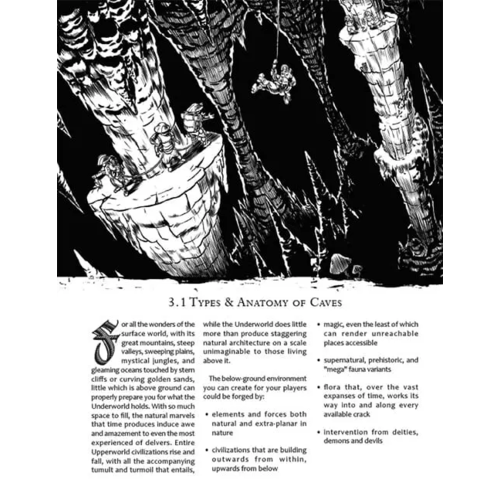 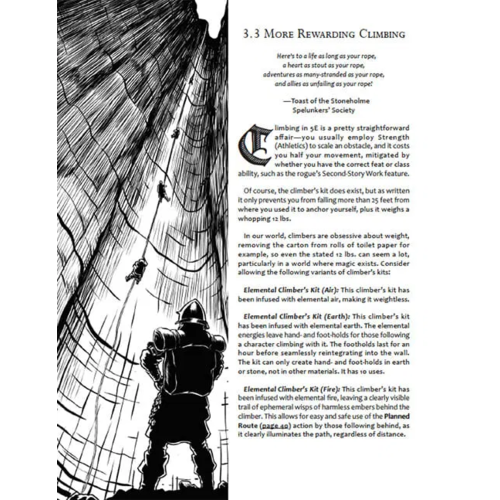 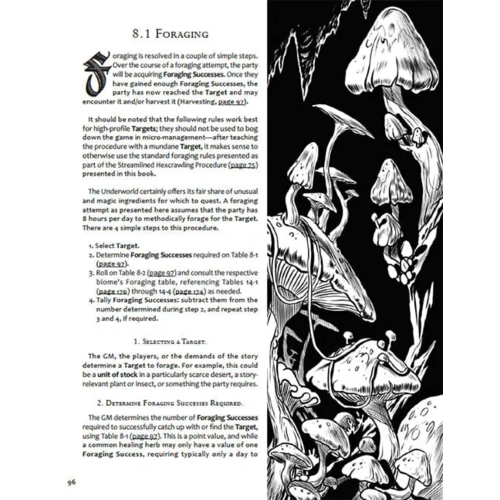 This tome contains the collected wisdom of legendary dwarven delver Dugmore Dumple. Dugmore takes you through crystalline caverns, fungal jungles and maze-like passages of his home beneath the surface, even skirting the upper regions of Hel itself.

Survival in the Underworld is no mean feat, but this massive tome contains all you need to exist and endure, nay, prosper in and profit from the lightless realms below. Dugmore’s sage advice, carefully balanced by seasoned traveler and guide Fin Starling, provides all the tools you require to enhance your experience while exploring the fabled caverns and tunnels below the surface.

This book includes an array of modular tools and rules to customize your games.

Plus, all the tables and tools you need to run an underground exploration campaign.