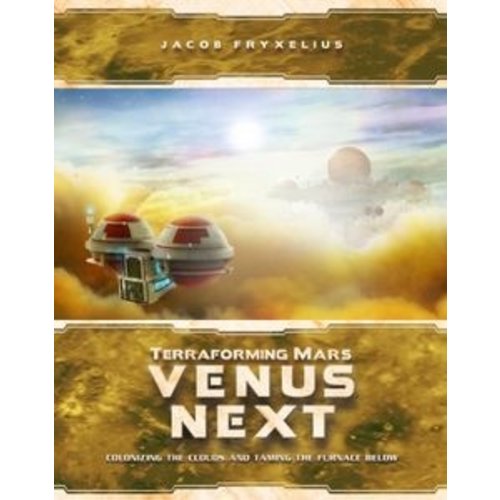 Terraforming Mars: Venus Next, the second expansion for the Terraforming Mars base game, has players building flying cities and making the atmosphere more hospitable on the deadly planet Venus.
In Venus Next, the World Government chooses to also fund the terraforming of Venus. Around 50 project cards and 5 corporations are added, with a special focus on how to make Venus habitable. With the new floater resource, a new milestone, a new award, a new tag, and a new terraforming parameter, players are given more paths to victory and an even more varied play.