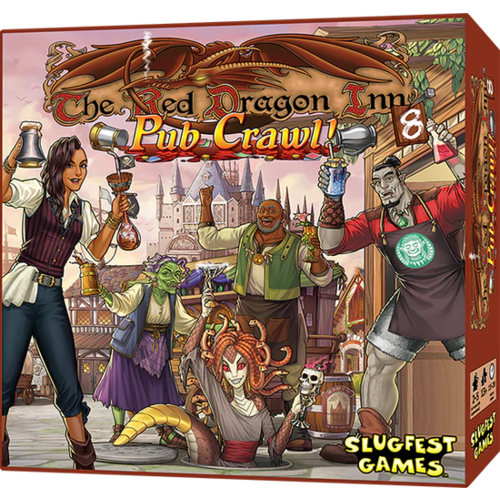 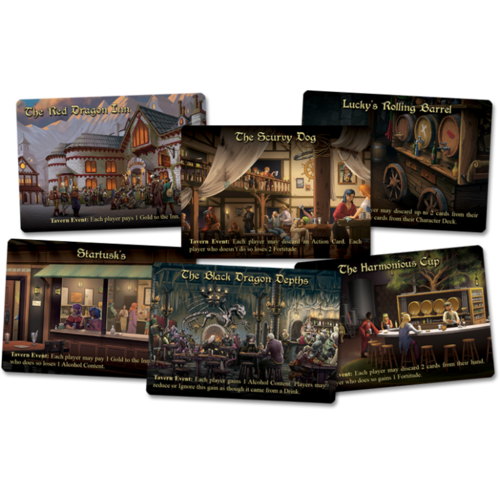 The adventure is over, but the party is just getting started! Survive a wild night at the tavern, where you’ll roughhouse with your friends, have a few drinks, and try not to pass out or go broke. The last player standing wins!

The Red Dragon Inn 8 is a new 2-5 player standalone expansion to The Red Dragon Inn series of games. In this expansion, you and up to four of your friends will play as the owners of five unique new taverns that share the city of Greyport with the eponymous Red Dragon Inn itself! You’ll also be able to play with the new Pub Crawl variant rules that will have you hopping from tavern to tavern, sampling each of their novel drinks before returning to the Inn.

The Red Dragon Inn 8 can be combined with all other RDI releases, letting you mix up the characters (and the mayhem) for games with more than 5 players!