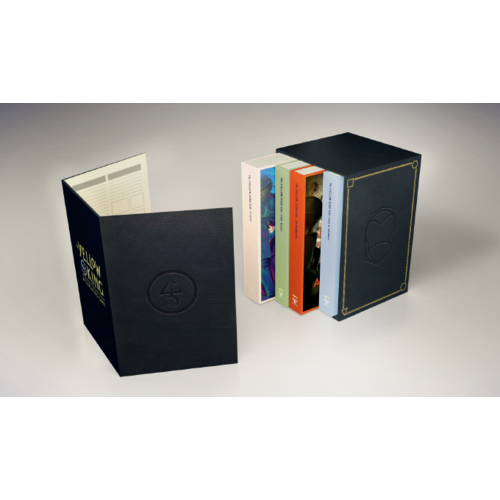 The book has been written.

The book has been read.

Now it rewrites you.

And you’re in all of them.

Inspired by Robert W. Chambers’ influential cycle of short stories, The Yellow King Roleplaying Game takes you on a brain-bending spiral through multiple selves and timelines.

Written and designed by GUMSHOE master Robin D. Laws, it pits the characters against the reality-altering horror of The King in Yellow. This suppressed play, once read, invites madness or a visit from its titular character, an alien ruler intent on invading and remolding our world into a colony of his planet, Carcosa.

Four full-colour hardback books, served up together in a beautiful slipcase, with a separate GM screen, confront your players with an epic journey into reality horror: