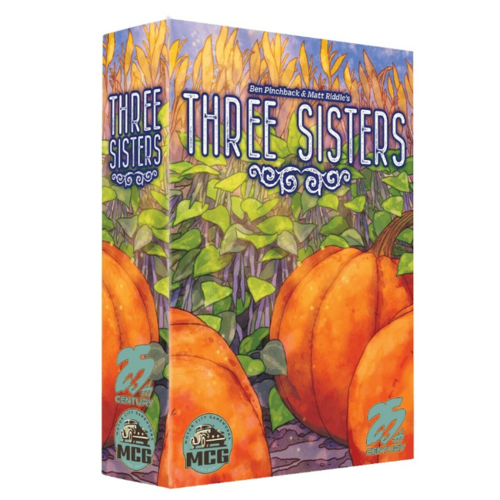 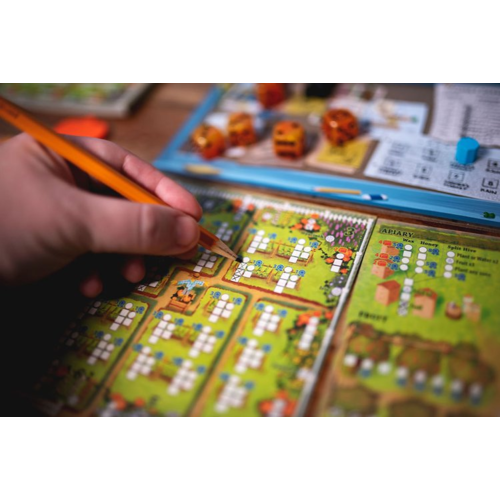 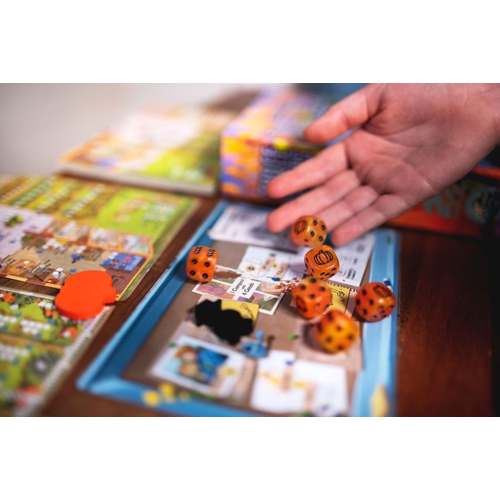 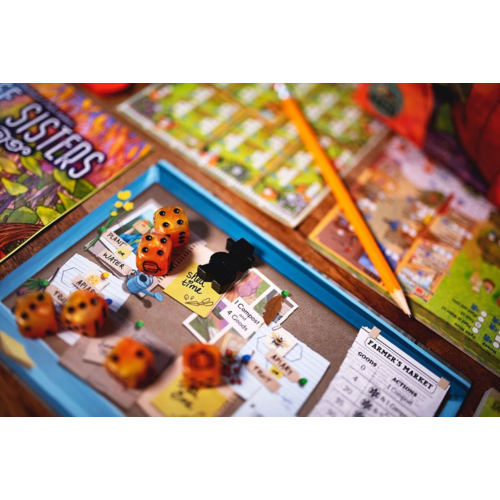 Three Sisters is a strategic roll-and-write game about backyard farming designed by Matt Riddle and Ben Pinchback with beautiful art from Beth Sobel.

Three Sisters is named after an indigenous agricultural technique still widely used today in which three different crops — in this case, pumpkins, corn, and beans — are planted close together. Corn provides a lattice for beans to climb, the beans bring nitrogen from the air into the soil, and the squash provides a natural mulch ground cover to reduce weeds and keep pests away.

In the game, you have your own player sheet with multiple areas: the garden, which is divided into six numbered zones, each containing the three crop types; the apiary; compost; perennials; goods; fruit; and the shed, which is filled with tools that have special abilities. All the crops, fruits, flowers, and hives are represented by tracks that you will mark off as you acquire these items. Many of the tracks are interconnected with other elements in the game, giving you bonuses along the way. A common feature of these tracks are circles that represent a harvest, which generates goods; get enough goods, and you unlock bonus actions. Advancing on all of these tracks offers various amounts of points, advancements, and bonuses. After eight rounds, you score points for harvested crops, perennials, the apiary, fruit, and some shed items. Whoever has the most points wins.

Three Sisters has a solo mode in which you try to top your own score against an "opponent" that drafts dice and blocks areas of your sheet.