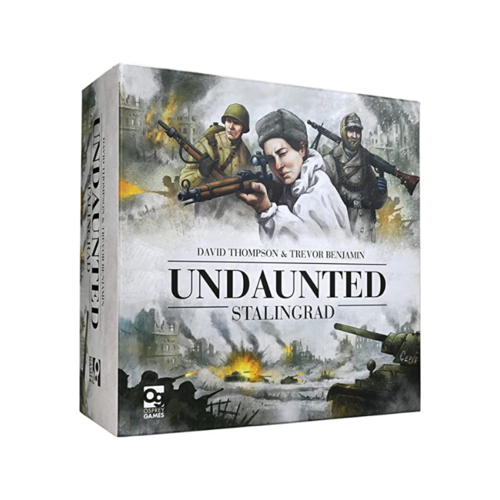 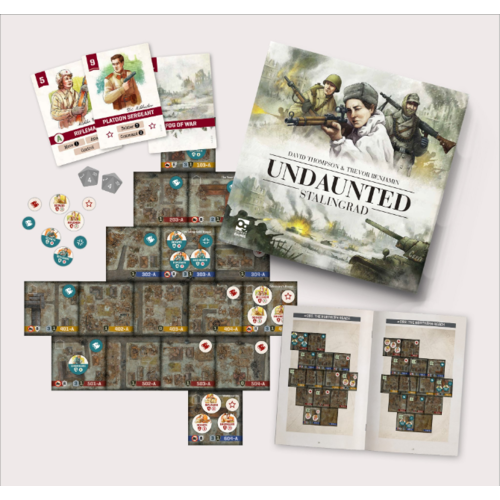 Lead your stalwart troops to victory in this epic two-player campaign, played out in the war's most infamous city. Lees meer

Lead your stalwart troops to victory in this epic two-player campaign, played out in the war's most infamous city.

Stalingrad, 1942. Before you awaits a gruelling conflict in this cornerstone battleground. As the bullets and bombs tear the city asunder, only through wits and valour can you seize the cornerstone of the entire Eastern Front and change the course of history.

A heavy burden rests on your shoulders. Every casualty suffered in battle will weaken your forces for the entire campaign. Every bomb blast and mortar shell leaves the very ground for which you are fighting in further ruin. Every inch lost to the enemy brings you closer to the jaws of defeat. Over the course of up to fifteen branching scenarios, you will decide the fate of Stalingrad and, perhaps, the war itself. Even though the consequences of your actions will persist, the game itself can be fully reset and replayed, allowing you to explore every potential outcome.

Undaunted: Stalingrad is a monumental standalone game that expands the series' scope and challenge beyond anything that's come before. Featuring more than 300 unique illustrations by Roland MacDonald and 150 evocative mission briefings written by acclaimed author Robbie MacNiven, immerse yourself in this campaign at the heart of the war.