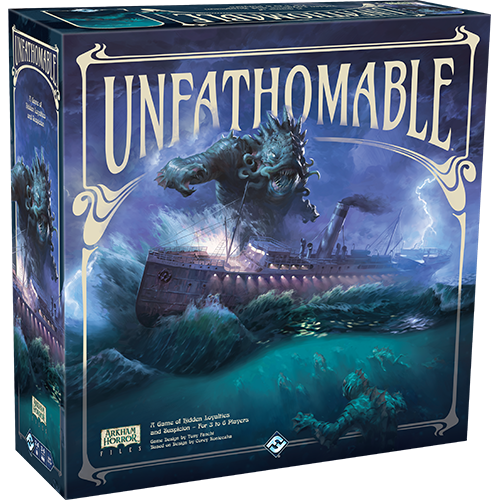 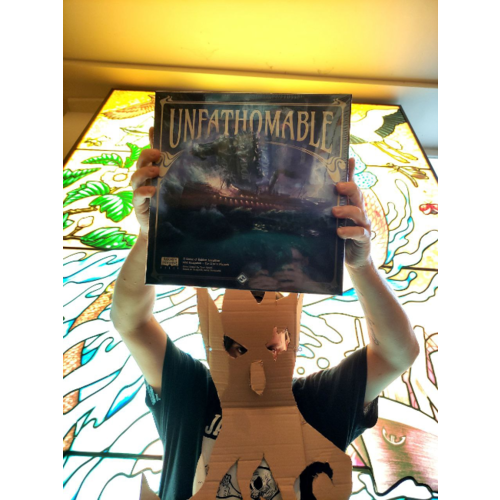 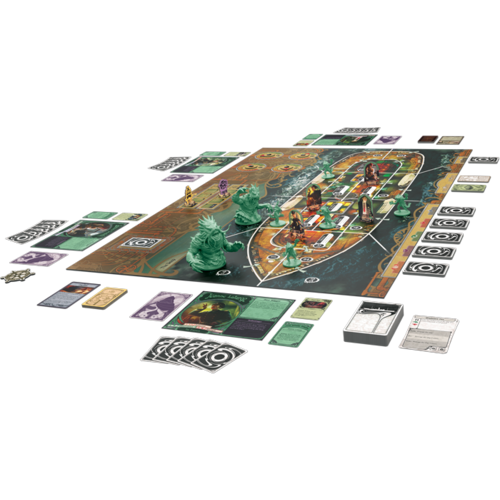 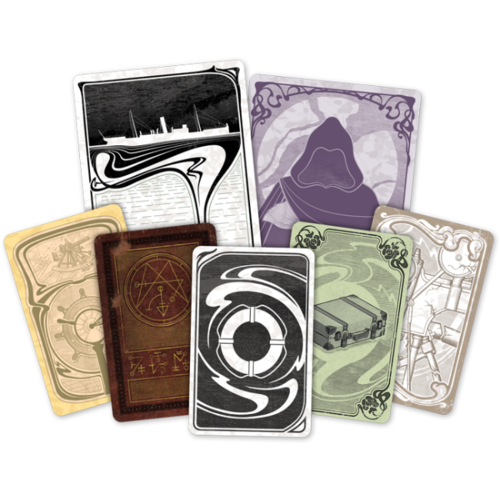 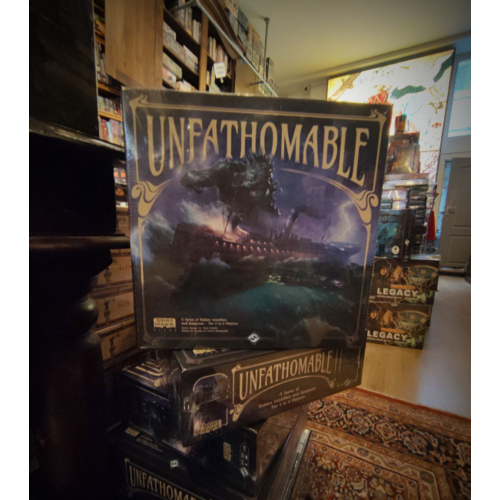 Immerse yourself among the passengers and crew of the SS Atlantica in this game of hidden loyalties, intrigue, and paranoia for three to six players. Lees meer

Unfathomable reimplements the popular game Battlestar Galactica: The Board Game in an Arkham Horror setting!

The year is 1913. The steamship SS Atlantica is two days out from port on its voyage across the Atlantic Ocean. Its unsuspecting passengers fully anticipated a calm journey to Boston, Massachusetts, with nothing out of the ordinary to look forward to. However, strange nightmares plague the minds of the people aboard the ship every night; rumors circulate of dark shapes following closely behind the ship just beneath the waves; and tensions rise when a body is discovered in the ship’s chapel, signs of a strange ritual littered around the corpse. This voyage began like any other, but now it seems that the Atlantica may never reach its destination.

Immerse yourself among the passengers and crew of the SS Atlantica in this game of hidden loyalties, intrigue, and paranoia for three to six players. Some players are humans who are fighting for the survival of the ship, while others are traitors sent aboard the ship by mysterious beings to ensure that it never reaches port! Because player loyalties are hidden, determining who is friend and who is foe is critical to winning a thrilling game of Unfathomable.