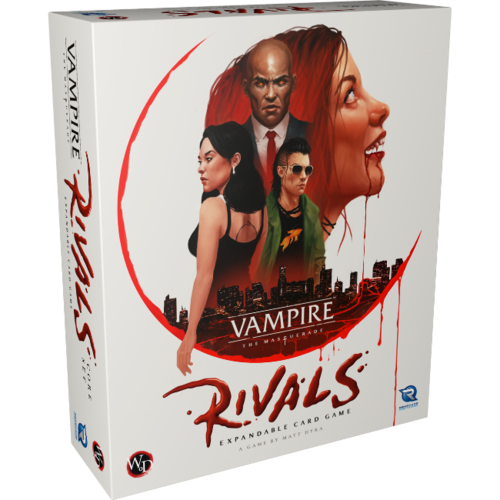 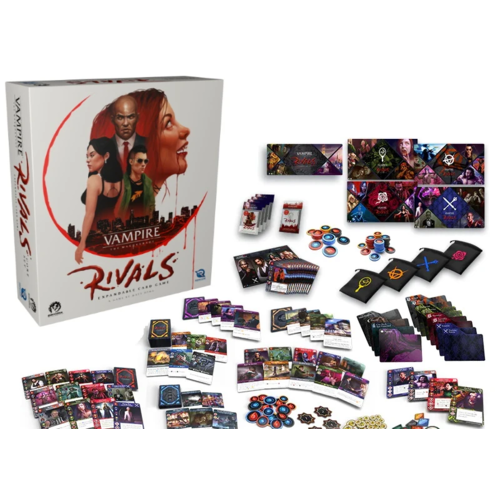 Control a coterie of vampires to claim dominance over the city of San Francisco! Lees meer

Vampire: The Masquerade Rivals Expandable Card Game puts you in control of a coterie of vampires who vie for control of the city of San Francisco. Through dominating mortals, using their political influence, and clashing with their rivals in the streets in the dark of the night, you'll gather your allies and face off against one or more other players as you seek to push your agenda.

At the beginning of each player's turn, a new challenge or objective will be revealed in the streets. Each player gets two actions on their turn such as draw or play cards, recruit vampires, claim a title, or attack! The other clans will oppose you for dominance in the streets or directly in haven.

Defeat your rival, or gain 13 Agenda Points to win the game and claim dominance over San Francisco.