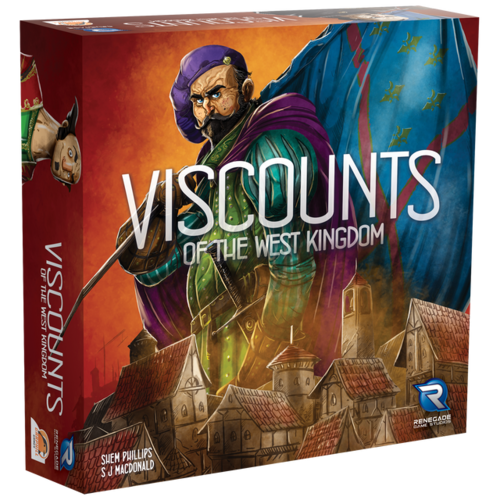 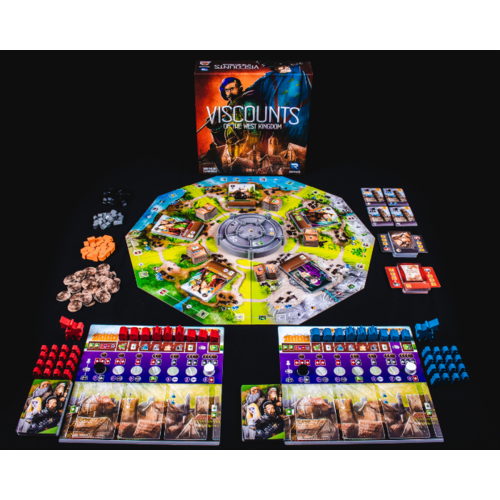 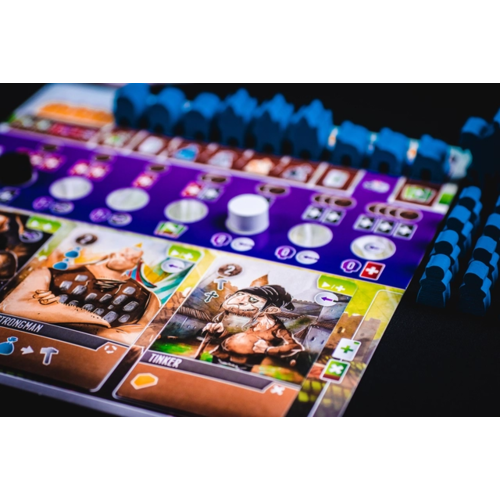 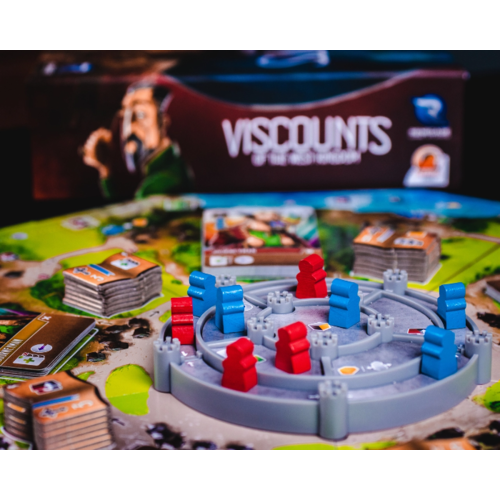 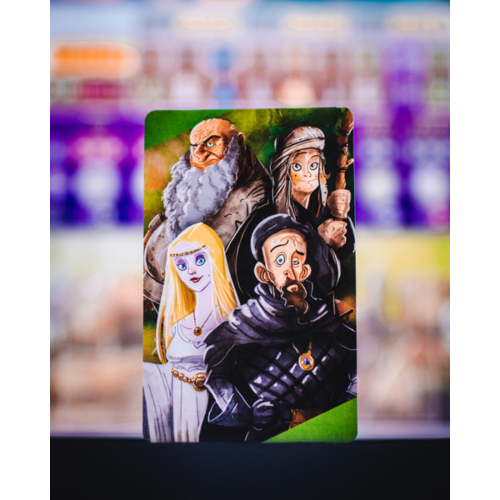 Viscounts of the West Kingdom

Viscounts of the West Kingdom is set at a time when the King’s reign began to decline, circa 980 AD. Choosing peace over prosperity, our once strong King began offering our enemies gold and land to lay down their axes. But peace is a tenuous affair. As poverty spread, many people lost faith in his ability to lead and sought independence from the crown. Since finding favor in his courts, our future has also become uncertain. As viscounts, we must be wise and decisive. Loyalty is to be upheld, but gaining favor among the people must be our priority, should there be a sudden shift in power.

The aim of Viscounts of the West Kingdom is to be the player with the most victory points (VP) at game's end. Points are gained by constructing buildings, writing manuscripts, working in the castle and acquiring deeds for new land. Players begin with a handful of townsfolk, but should quickly seek out more suitable talents to advance their endeavors. Each turn they will be travelling around the kingdom, looking to increase their influence among the various areas of society. The game ends once the Kingdom reaches poverty or prosperity or potentially both!