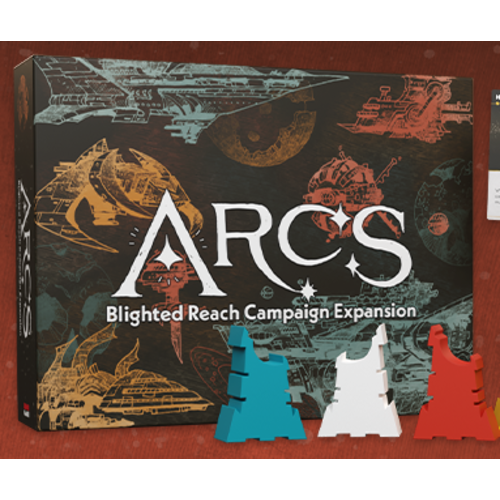 Arcs is an epic space opera that plays at warp speed. Navigate the dying days of the galactic empire by becoming a heroic admiral, canny diplomat, or wealthy magnate—you have one last chance to take power!

Arcs is a game for 3-4 players who guide their factions through a fast-playing space opera. The game opens in the final days of a decaying empire—the galactic throne is empty, and the council chambers are nearly silent. You have one last chance to take power and lead your people. Will you step up to meet the challenge and become a heroic admiral, canny diplomat, or wealthy magnate?

Fulfill your fate through eight branching campaigns in the Blighted Reach Campaign Expansion! This gets you the campaign expansion, which contains a vast six-panel galaxy map, hundreds of new cards, a thoughtful storage solution, and much more! Note this does not include the Arcs base game!