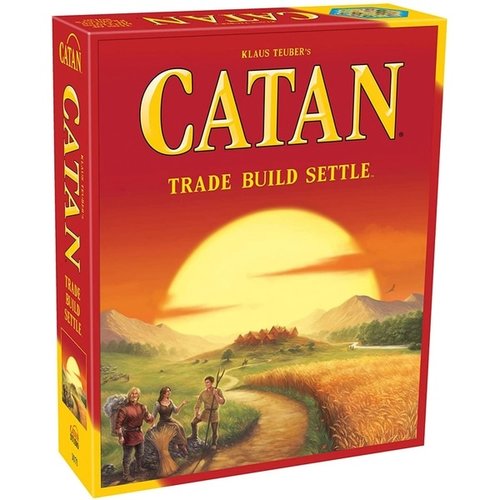 In Catan players collect resources and build settlements to be victorious. Lees meer

In Catan (formerly The Settlers of Catan), players try to be the dominant force on the island of Catan by building settlements, cities, and roads. On each turn dice are rolled to determine what resources the island produces. Players build by spending resources (sheep, wheat, wood, brick and ore) that are depicted by resource cards.

Points are accumulated by building settlements and cities, having the longest road and the largest army, and gathering certain development cards that simply award victory points. When a player has gathered 10 points (some of which may be held in secret), they announce their total and claim the win.