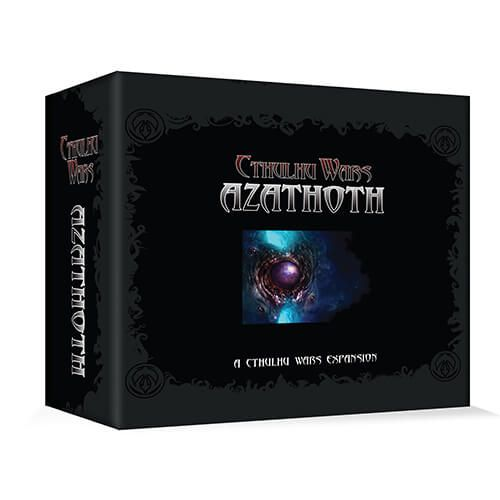 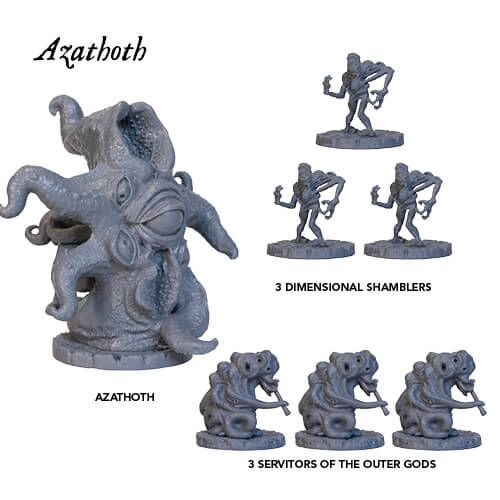 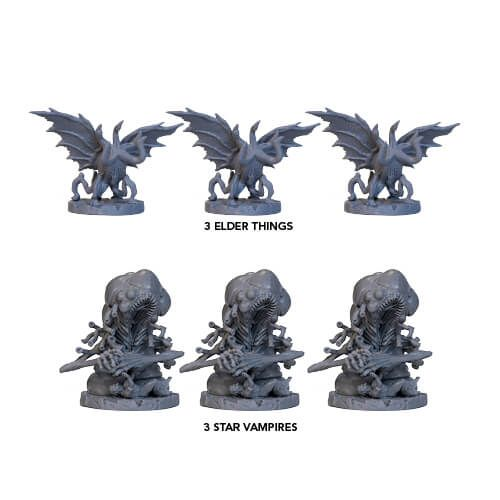 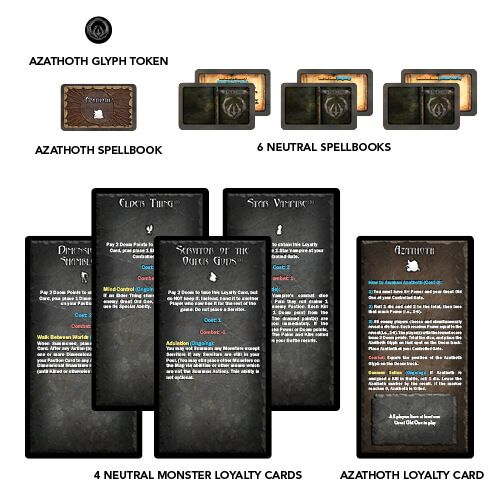 A unique “neutral” expansion, with 13 large figures to change the rules for every player. Lees meer

The Azathoth expansion is a unique "neutral" expansion. When you awaken Azathoth, or are the first player to summon one of the four Monster types associated with this faction, you get that unit's Loyal Card. This lists the Monster's (or Azathoth's) stats, gives his special ability (all Azathoth monsters have these), and so forth. From then on, only YOU can summon that Monster type.

At least, until all of that Monster type have been wiped off the map. For instance, if you are the first person to summon an Elder Thing, then no one else can do so. You can summon all three available Elder Things, should you choose to do so.

Azathoth is unusual in many ways. When he is summoned, you choose how much Power you want to spend, and place a special marker on your Power track. This is Azathoth's combat ability - so the more you spend, the more deadly he is. Of course, in some games, a person, fearing Azathoth's misuse, might summon it cheap and dirty just to keep it out of the hands of another player. That's all part of the fun.