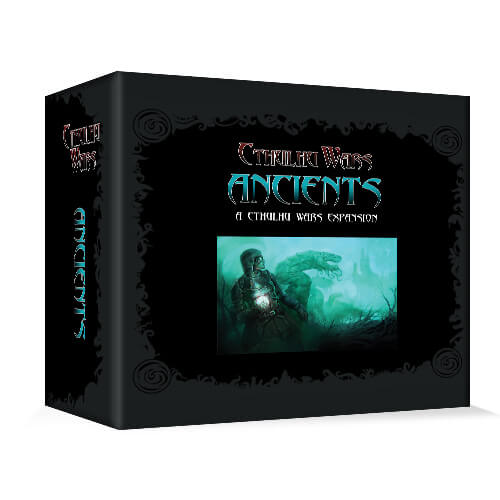 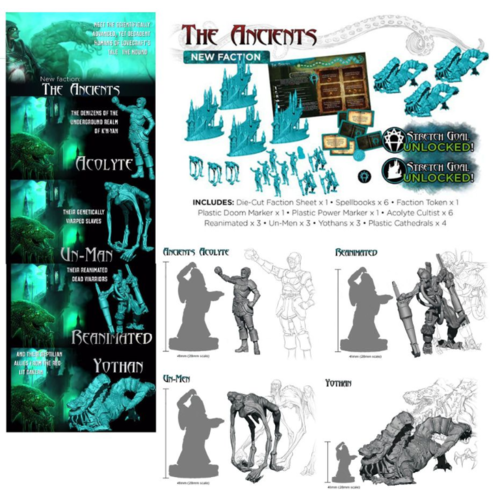 The Ancients Faction are a human-oriented faction, and are particularly unusual, because they don’t have their own Great Old One. They have to be extremely sensitive to the other players, and must engage in diplomacy and negotations to an extent previously unknown in Cthulhu Wars.

Like Yellow Sign, you need to travel across the world. In your case, this is to build Cathedrals in the same areas marked with Symbols as Yellow Sign (though you also have to build one Cathedral in an unmarked area). Fortunately, you have an ace up your sleeve – other factions often rather like to share their areas with a Cathedral. But you can’t always rely on this, and you lack the punch of Yellow Sign’s undead army.

Like most factions, each of your creatures has a spellbook dedicated to it. Unlike every other faction, these spellbooks actually make your creature inferior in some way! However, they’re still worth getting for two reasons. First, they make the creature MUCH less expensive, and thus let you have a good combat punch (which you’ll need). Second, you can’t win the game without all six spellbooks!

Your special faction ability is Dematerialization, and is useful in movement. Each Doom phase, select one area in which you have units. Move any or all of those units to one other selected area, anywhere on the map. In play, you’ll find this useful not only for planned attacks, but also for building your Cathedrals.