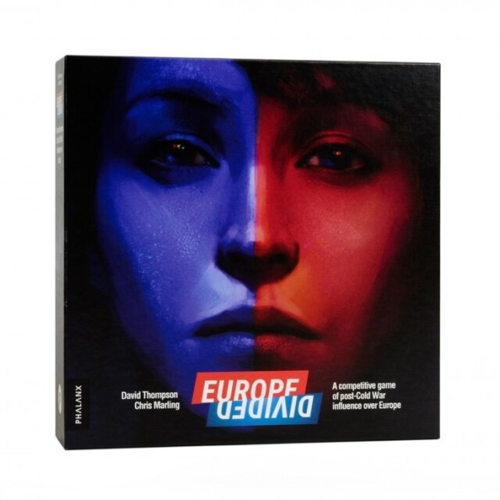 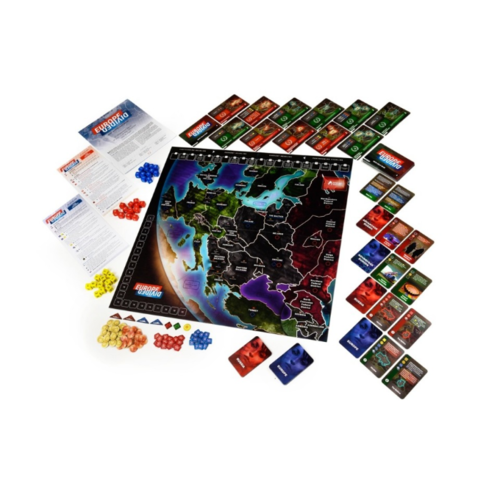 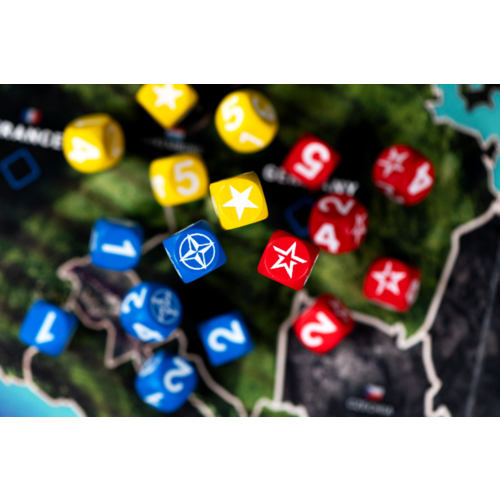 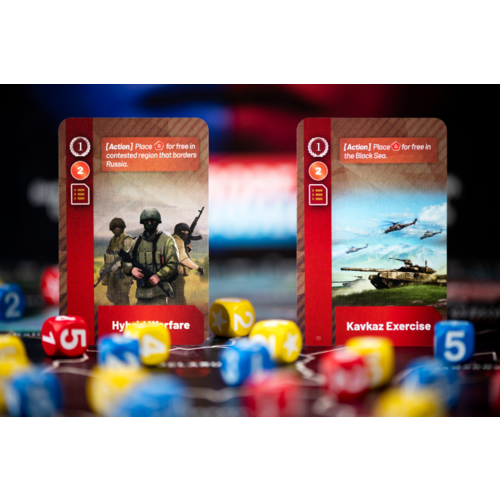 A game of an expansionist Europe, a resurgent Russia, and a new Cold War! Lees meer

The end of the Cold War ushered in a new age of European expansion. Central and Eastern Europe had emerged from dictatorships and wanted to consolidate their democracies. They sought European integration to ensure they would not fall back into the Russian sphere of influence. Russia — a shell of its former power as the Soviet Union — could do nothing to slow the European expansion.

But then things changed.

Oil prices increased, bolstering Russia’s economy. Putin came to power, and despite political discontent in Russia, his popularity remained strong. In 2008, war broke out between Russia and the NATO-aspirant, former Soviet country of Georgia. Russia’s resurgence had begun, exemplified by the 2014 annexation of Crimea and invasion of eastern Ukraine.

In the game, you control of one of the two powers: Europe (controlling both NATO and the European Union) or Russia. Europe is powerful and rich, but bureaucratic and slow to react. Russia lacks Europe’s resources, but can respond rapidly.

Players score victory points by having dominant influence in contested countries in Central Europe, Eastern Europe, and the Caucasus. They can also score victory points by bringing key historical events to fruition. Gameplay is rich with history and includes today’s potential flashpoints, but it features a fast-playing card-driven core mechanism. Players use cards associated with countries they control to establish political and military influence, gain financial resources, and deploy their military presence. An elegant deck-manipulation mechanism weakens players’ decks as they increase their influence, creating tension between seeking to expand and overreaching.

Will the Velvet Revolution result in the split of the Czech Republic and Slovakia? How will the Bosnian War end? The players will decide the fate of history throughout this period of Europe Divided.