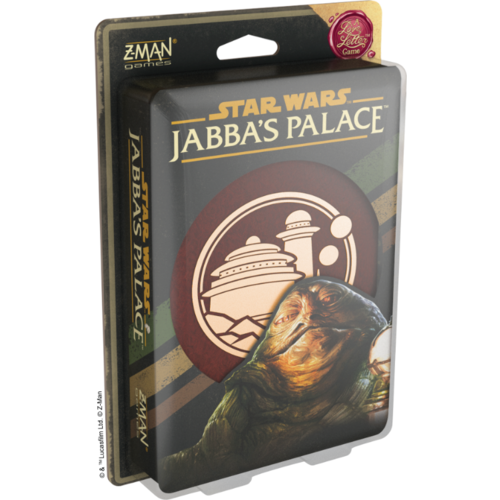 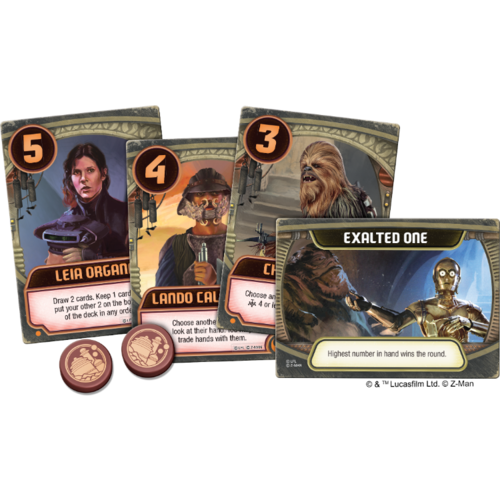 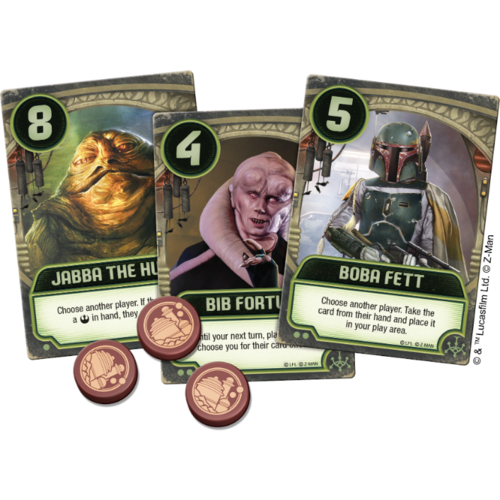 A quick card game of rebel bravery and vile deceit!

The home of the galaxy’s most notorious gangster is a place of danger and deception. Its vile denizens thrive within, but the members of the Rebel Alliance have their own plans. Based on the beloved card game and set in the Star Wars galaxy, Star Wars: Jabba’s Palace - A Love Letter Game retains the simple and fun mechanics of the original as you utilize the talents of iconic characters from Return of the Jedi.

Players take turns drawing a card and playing a card, then executing its effect. Cards include characters like Luke Skywalker, Boba Fett, Salacious Crumb, Jabba the Hutt, and many more. Through members of both the Rebel Alliance and Jabba’s crew, players must use these character’s abilities to outwit and outlast the others, while also using the new Agenda cards to find even more ways to win. In a quick card game of rebel bravery and vile deceit, can you carry out your agenda while outthinking your foes?