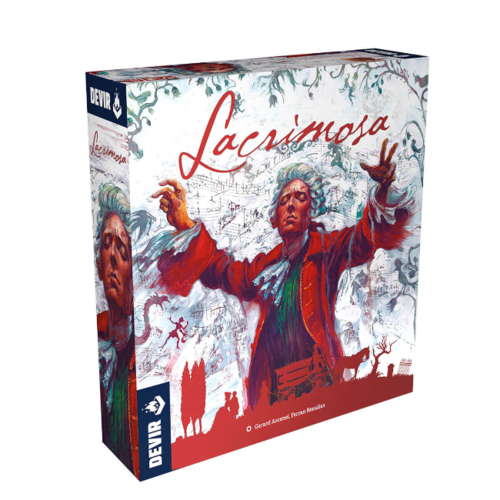 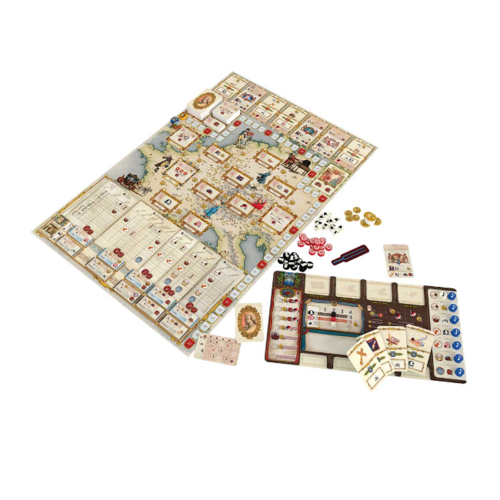 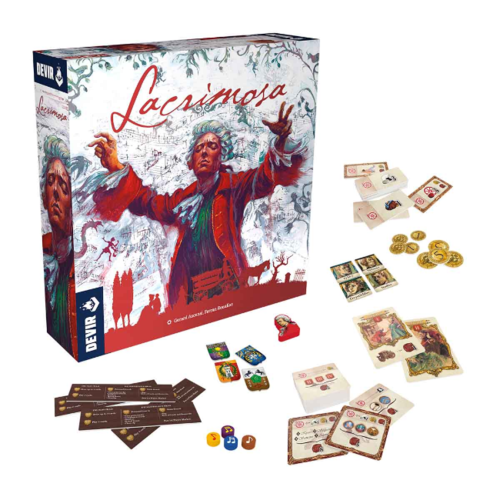 Wolfgang Amadeus Mozart is dead. His last conscious action on his deathbed was composing the Lacrimosa movement of his Opus Requiem. You, as one of his sponsors, will meet with the widow in order to participate one last time in the funding of the works of the Austrian genius. Also you will reminisce and retell all your memories alongside Mozart, in order to make sure that she portrays you under the best light when writing her memoirs, and enter history as Mozart’s most important patron.

In Lacrimosa players will take the roles of patrons of the late musician, contributing with their fundings to the composer's works one last time. During the game you will play in two different timelines: the present and the past. In the present you commission the missing parts of the Requiem from other composers in order to complete it. When developing past events, the game will play in five epochs in which you will contribute by buying new compositions from the composer to sell or exhibit, accompany him on the different journeys through the main courts and theatres in Europe, and gather the resources you need in order to support the musician during his career.

During the game you will be playing cards from a limited hand that you will improve as the game progresses. These cards can be played either as actions or as resource generators and players will need to optimise their resources and finances in order to support our best version of the story and our relationship with Mozart.