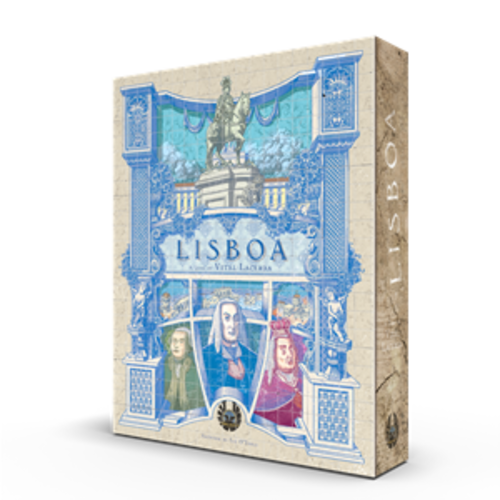 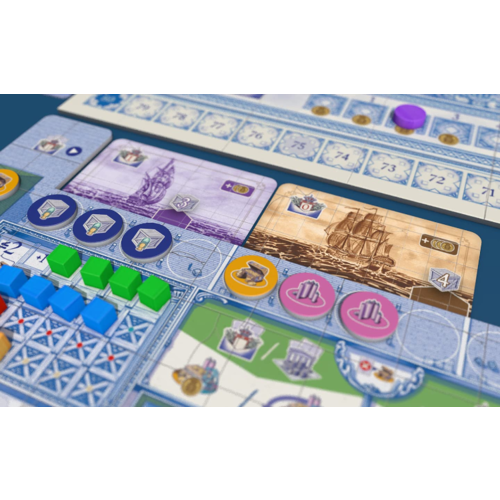 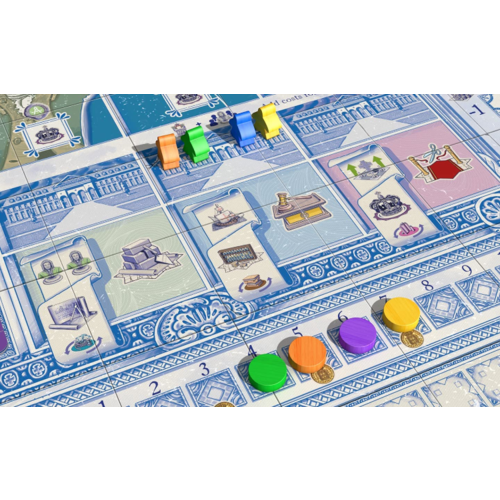 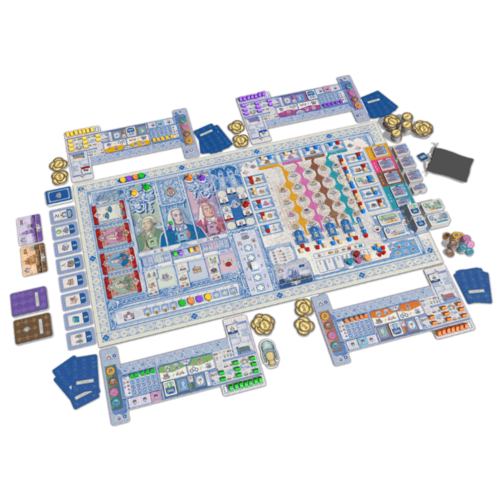 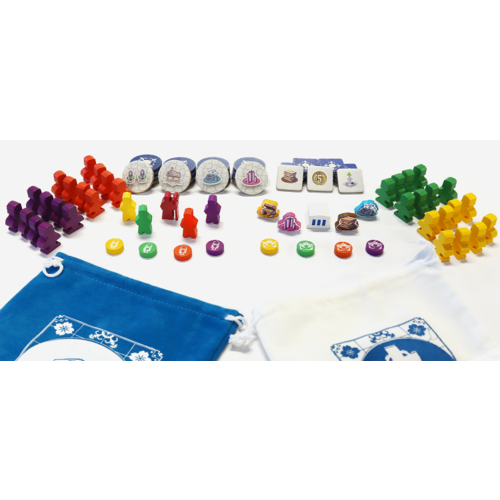 Lisboa is a thematically rich, resource management game about the reconstruction of the great Portuguese capital city after a series of terrible catastrophes in the 18th Century. Lees meer

Productomschrijving
Specificaties
Gerelateerde producten
Beschrijving
Lisboa is a thematically rich, resource management game about the reconstruction of the great Portuguese capital city after a series of terrible catastrophes in the 18th Century.

On November 1, 1755, Lisboa suffered an earthquake of an estimated magnitude of 8.5 to 9.0, followed by a devastating tsunami, and three days of raging fires. The city was almost totally destroyed. The Marquis of Pombal, Sebastião José de Carvalho e Melo, was then the minister of foreign affairs. The King put him in charge of the reconstruction of Lisboa. The Marquis gathered a team of engineers and architects to aid him in this reconstruction.

Lisboa is played on a genuine map of the city. During the planning of the downtown rebuilding project, the type of businesses permitted on each street was pre-determined. The clockmakers and goldsmiths had their street; as did the bookstores and libraries; the tailors and silk vendors; and the toolmakers as well. This all comes into play on the Lisboa gameboard.

You are members of the nobility, and you will use your influence in the reconstruction and business development of the new city. Using your limited hand of cards, you will work with builders and architects to build Lisboa anew, while the Marquis develops the commerce and the King oversees the politics of re-opening the beautiful new city. While you achieve success, influence, fame, and fortune, you will attain true triumph by collecting the most recognized symbol of greatness in 18th Century Europe: Wigs!
Sluiten
Specificaties
Sluiten
0 sterren op basis van 0 beoordelingen
0 Reviews
Alle reviews
Je beoordeling toevoegenJe beoordeling toevoegen
Reviews
Sluiten
Geen reviews gevonden...
Vergelijk producten
0
Start vergelijking