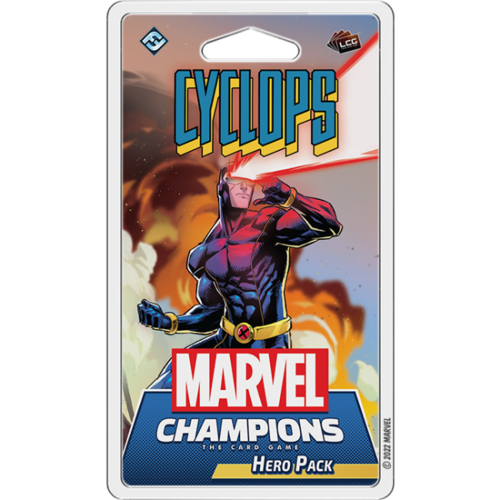 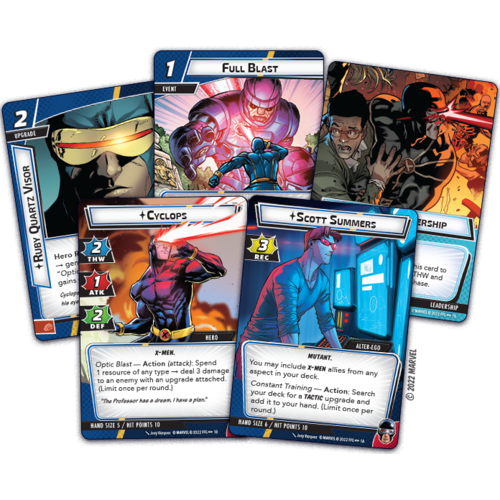 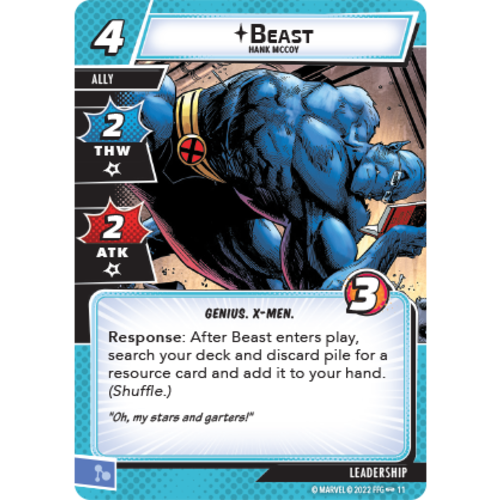 As Charles Xavier’s first student, nobody is more dedicated to the Professor’s dream of peaceful coexistence than Scott Summers, better known as the hero Cyclops. Armed with powerful optic beams and tactical genius, Cyclops leads his fellow X-Men on their missions as a brilliant field commander.

This commander of the X-Men blasts his way into battle with this expansion pack, which introduces Cyclops as a new playable hero along with his fifteen signature cards. With a pre-built Leadership deck ready to play from the get-go, you’ll be able to lead the X-Men’s charge into battle from the moment you open the box. With his powerful optic blasts and tactical brilliance, Cyclops is a natural leader and a fantastic addition to any team.