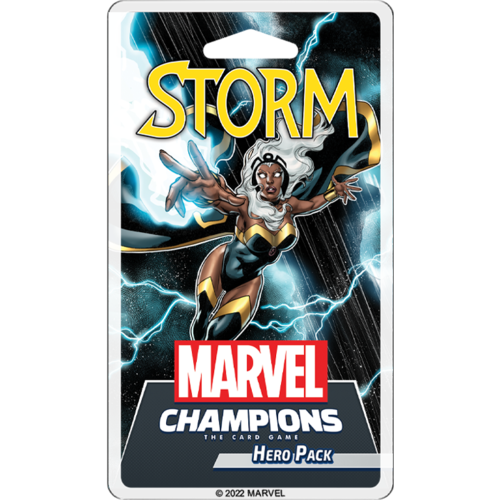 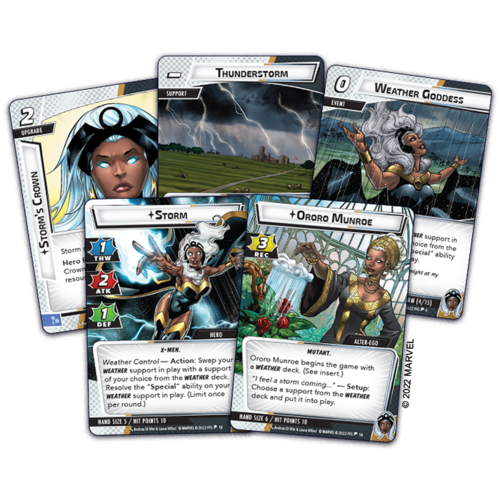 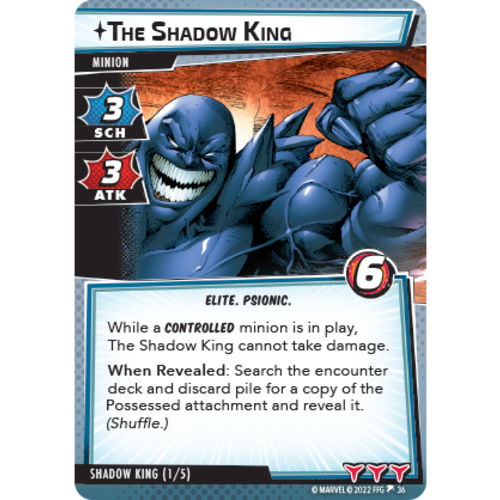 Once worshipped as a goddess for her ability to control the weather, Ororo Munroe left that life behind when she answered Charles Xavier’s call for help. Now, Ororo uses her powers to defend mutants around the world as one of the mighty X-Men, Storm.

This mighty mutant soars into battle with this expansion pack, which introduces Storm as a new playable hero along with her fifteen signature cards. With a pre-built Leadership deck ready to play from the get-go, you’ll be able to blast through the villain’s forces with Storm’s weather control from the moment you open the box. With her raw power and ability to shape the climate of the battle, Storm is a potent hero that can benefit any team.