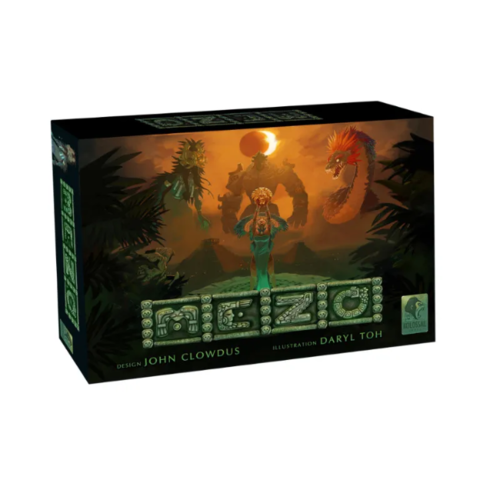 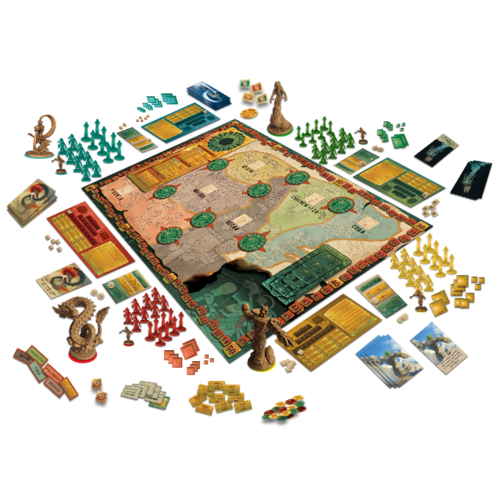 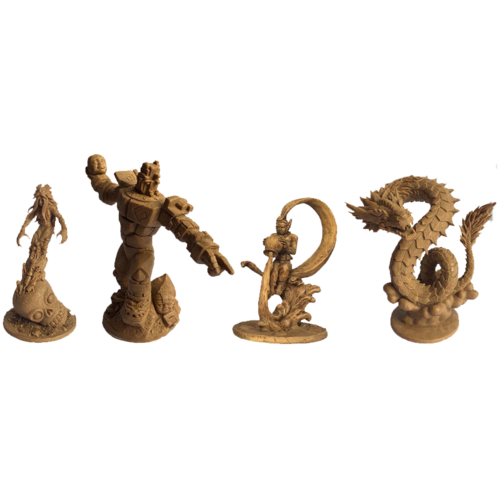 Mezo is an innovative game of area control for 2-4 players inspired by Mayan mythology. Lees meer

It is a time of blood, of ritual, of war. Gods walk among the tribes, each hungering for the devotion that gives them form. Though the gods are many, only one will endure the ages above all others.
Mezo is an innovative game of area control for 2-4 players inspired by Mayan mythology. Players control a powerful god and a tribe of followers. These tribes will clash for dominance, build step pyramids, and make sacrifices all in the name of their god.

The first big box game from Small Box Games designer John Clowdus (Omen, Hemloch, Neolithic), Mezo redefines area control and conflict-driven gameplay. The game features massive god miniatures, each with vastly asymmetrical strategies, as well as numerous ways for players to achieve victory: most strength in the conflict, most shamans in the conflict, and most warriors in the conflict.