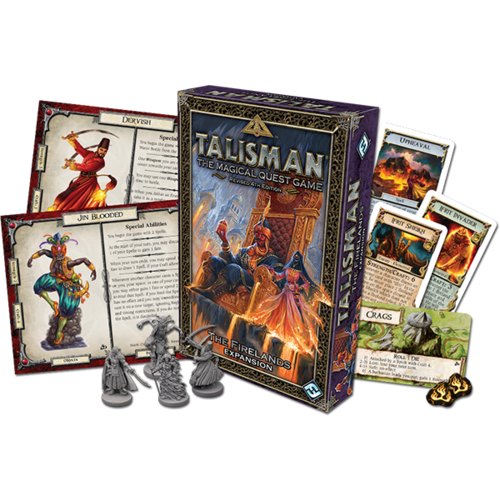 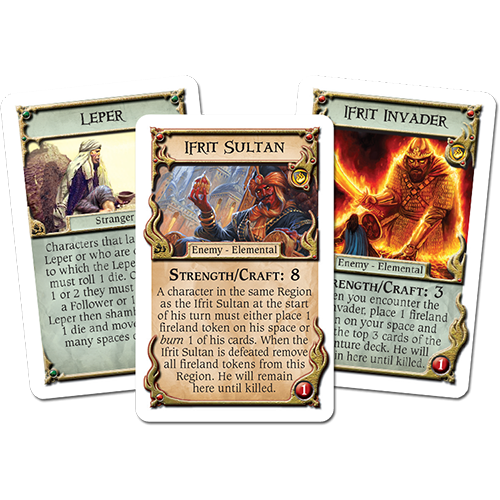 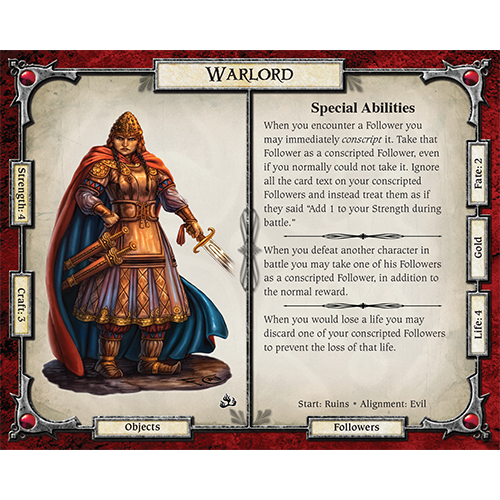 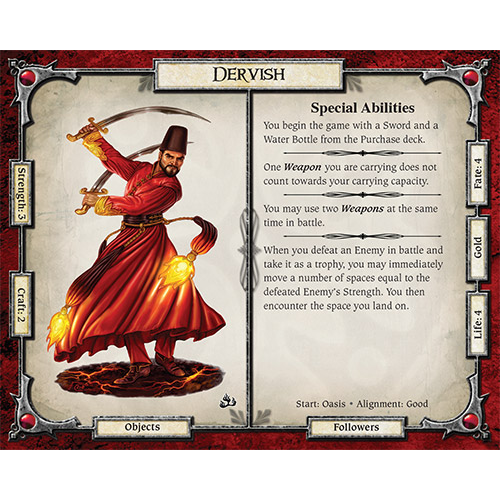 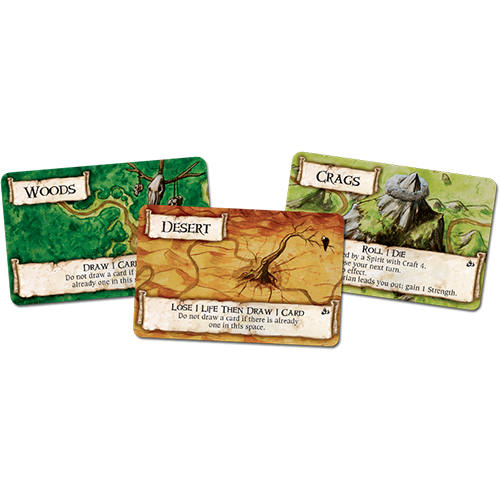 The land of Talisman will face a dire new threat in the legendary Ifrit, once forced to create the Crown of Command. Lees meer

The Firelands, an expansion for Talisman Revised 4th Edition. The land of Talisman will face a dire new threat in the legendary Ifrit, once forced to create the Crown of Command. Now, the Ifrit rise again, intent on burning every field to ash and enslaving the surface dwellers. Your quest for the Crown of Command is about to become more frantic and dangerous than ever before.

In this expansion, you gain access to four new characters in your adventures across the land of Talisman. Whether you control the weapon mastery of the Dervish, the wandering Nomad, the magical Jin Blooded, or the powerful Warlord, you’ll be able to use their new skills and abilities to defeat your opponents and reign supreme over Talisman.

The Firelands also introduces three new Alternative Ending Cards, offering you even more options for playing the game, whether your objective is open or hidden. Whether you use an Alternative Ending Card or play traditionally, you will need to utilize your character’s Strength and Craft to the utmost. The flames of the Ifrit are spreading throughout every part of the realm of Talisman, and without your efforts, their flames will reduce it to ash.

The Firelands expansion introduces eighty-one new Adventure Cards, and many of these cards focus on the threat of the Ifrit. In The Firelands, you will experience the blazing heat of the Ifrit expressed in a new game mechanic: burn. In the past, Objects and Followers were simply ditched or discarded after use, but with the advent of the Ifrit, the quest for the Crown of Command takes on new intensity.

Certain cards in The Firelands will instruct players to burn a certain number of cards. When a card is burnt, it is removed from the game and no longer has any effect. As the Ifrit’s destruction advances through Talisman, their flames destroy Objects, Followers, Spells, and Adventure Cards, depriving you and your fellow players of precious resources that can aid you on your quest. The only way to stop the destruction is to penetrate to the Inner Region and claim the Crown of Command.