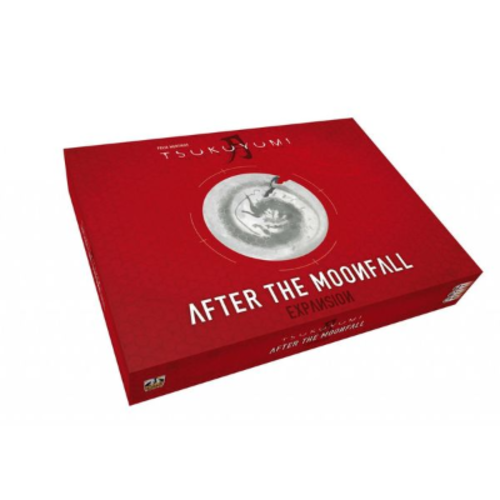 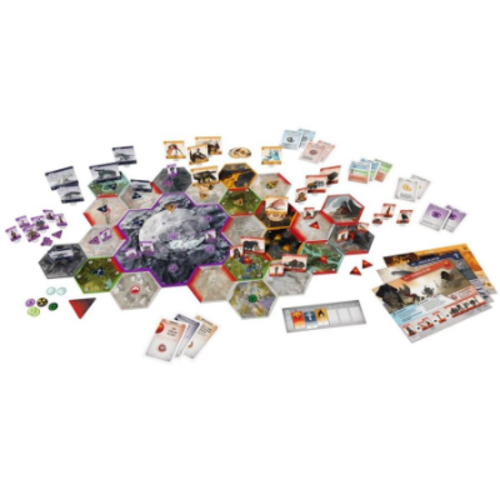 Tsukuyumi Full Moon Down 2nd Ed - After the Moonfall expansion

Tsukuyumi: After the Moonfall is an expansion for the game Tsukuyumi: Full Moon Down.  It features 3 additional factions, components to add a 6th player and additional terrain tiles as well as action and event cards.  Lees meer

After the moon fell to earth, a fierce battle for supremacy over Tsukuyumi's new world broke out. His influence changed people and animals alike, created new beings and called on ancient, long-forgotten creatures.

Mighty beasts are now walking on the plains over which the Pacific once flowed. Giant Mechs do battle with the Oni leaving destruction in their wake. The battle for supremacy continues.

Tsukyumi - After the Moonfall is an expansion for the strategy game Tsukuyumi - Full Moon Down, with which up to six players can choose from two additional new factions and take om each other in battle. Additionally, After the Moonfall will bring two new area types to add variety to your positioning and tactics. New Cards, New Factions, and New Battles to be had in this expansion for Tsukuyumi - Full Moon Down.

This edition from Grey Fox Games is the second printing of this expansion.